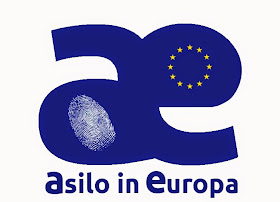 The number of people rescued at sea by Italy in 2014 is high but not unexpected.
In light of the situation at Europe's doorstep, the Syrian crisis and the instability of many countries in North Africa, it would  have been far from impossible to foresee an increase of migrants' and asylum seekers' arrivals. This is confirmed by Frontex risk analysis on the third trimester, i.e. summer 2013, according to which the number of arrivals by sea was increasing.

The Italian response to the - doubtless complex - situation of irregular migration by sea , has always been scattered and contradictory; partially commendable (including the great effort in rescuing lives at sea) and partially not (thinking, inter alia, of the push-backs to Libya) but consistently characterised by an unjustifiable element of emergency.
Italy, for its geographical position and closeness to very unstable areas, and for the nature of its borders, is a natural (if only often temporary) destination for a high number of people fleeing from violence and persecutions, searching peace and protection. Thinking of  stopping these movements of historical proportions with legislative acts is simply unrealistic.

In the aftermath of the tragedies of the past October – which, it is worth highlighting, were only the most visible of too many similar tragedies in the past years – Italy deployed a comprehensive military rescue operation called Mare Nostrum. Mare Nostrum rescued over ten thousand people in 2014 only.
We certainly retain some doubts and critics regarding the transparency, involvement of international organisations and on board operations of Mare Nostrum, let alone some absolutely unacceptable practices (see this shooting). However, this operation does represent a very significant response, and a very distinct one coming from a country like Italy, which up to a few years ago operated push backs in the high seas, in complete breach of international law. The significance of this response appears even more relevant when we look at the context in which it is taking place: a context where some EU countries are responding to international crisis and wars by building walls, shooting rubber bullets and cracking down visa policies.

Therefore, Asilo in Europa strongly underlines that operations of rescue at sea must continue, even though we will probably witness an increase in the number of arrivals in the coming months.

At the same time, EU Institutions and Member States should show their solidarity  (not only on a financial level) and their commitment to build a true Common European Asylum System. To reach that point, mechanisms to facilitate intra-EU movements of international protection beneficiaries shall urgently be found. The EU can get there by implementing relocation projects or, better, by broadening the freedom of movement within the Schengen area for beneficiaries of international protection. This remains the final goal.

The current economic crisis in some EU Member States, as well as the family and community links that some have in other EU countries, render completely unrealistic the idea that beneficiaries of international protection would remain in Italy, with no future perspective, instead of trying their luck in other EU countries. Our call is not an attempt at begging for Brussels' help, with the goal of getting away from the responsibilities and obligations Italy has towards refugees, although this has sometimes been the practice in the past. Our call is about changing the rules in order to shape them and make them fit to the current reality. And this should be done to save the credibility and sustainability of the Common European Asylum System, not to “help” Italy which must take its responsibilities and abide by the rules.

Indeed, despite Italy’s significant efforts in the field of rescue at sea, the response in terms of reception of the many people arrived so far portrays a contradictory picture. In spite of the SPRAR enlargement of the 29th of January 2014 and the creation of “additional places” which each SPRAR project should make available in case of necessity, the first Government action was to resort to temporary, extemporaneous, facilities, like it had done during the Arab spring in 2011. This means that the Government often entrusts the reception of asylum seekers to actors who have little, if anything, to do with international protection (e.g. bed & breakfasts,...). This clearly entails the risk that asylum seekers are left without any legal, psychological, or linguistic support thus endangering their protection and jeopardizing their integration. At the same time, it appears that the SPRAR places (regular and additional) have not been filled yet.


Well-aware of the great difficulties of the complex situation, Asilo in Europa strongly calls on: